Inside and Out 2013 LGBT recruitment event

Inside and Out is a lesbian, gay, bisexual and transgender (LGBT) targeted recruitment event that I have supported for the last 4 years.  Last year’s event was the first time I have participated in the panel event for LGBT leaders – giving insights into what it is like to identify as bisexual and work in the investment banking industry.  At the request of event organisers, Stafford Long and Partners, I returned this year to be a panel speaker.

The event, now in it’s 6th year, is organised by London’s LGBT Interbank Forum, with strong representation from each of the following banks:

The targeted event is for first and second year students, all of whom have to apply in writing to attend.  This year’s event saw 54 students attended from universities across the country and beyond (as far as St Andrews, Bristol and even North Carolina) to learn more about the opportunities to work within investment banking and ask the questions that really mattered to them.  Of the 54 students, 26 universities were represented, with 37% of attendees from one of 7 London based universities.  4 of the students were on exchange programmes from universities outside the UK.  Through supporting the event bank’s are able to engage more talent beyond their campus recruitment universities.

The event began with host bank JP Morgan giving an insight into the financial environment and the desire for banks to recruit the best and most diverse talent.  Next up Ruth Hunt, Director of Current Affairs at Stonewall, gave a lively and inspiring discussion around her personal journey, the changing LGBT landscape and why Banking provided a great opportunity for students.  Ruth touched on how many students rule out certain career paths based on false perception of the culture within an organisation and/or industry, and that this was true with many LGBT students and banking.  Through attending events such as these students are given the opportunity to ask questions and learn more.  After a 30 minute introduction to investment banking, the panel session began.  The panel consisted of 5 senior lesbian and gay MD’s from rival banks, myself, and an Analyst from HSBC, each sharing their own experiences of working in the industry.  Common themes from the panel included the importance of networking and the ability to bring your whole self to work.  The event closed with a 90 minute networking event and mini careers fair.  Here representatives from graduate recruitment, employee networks and network allies represented the banks and provided an informal opportunity to meet attendees and answer questions.

Reaction from the event:

For the second year, my most refreshing thing was to see real diversity on the panel – with a good mix of gender, sexual orientation, corporate titles, experience and organisational functions.  Even more most interesting was to hear that all panelists shared overlapping views and similar experiences.  This resonated with the students too.

Last year’s event was attended by 50-60 people.  The organisers followed up with 25-30 of those students and found that 9 had recieved internships from participating banks.  What surprised me most, was that 3 of those 9 accepted offers to join the company I work for.  Here’s hoping this years event is as fruitful.

From an employee network perspective it is a great event for engaging motivated and high achieving LGBT talent.  I joined a few attendees for drinks afterwards and several commented that they hadn’t known what to expect from the session, but that they found it really insightful.  Whilst some were clearly clued up about banking, others had no idea and prior to the event had ruled banking out as a potential career option.  This has to be a win.  I think the major success of this event was in dispelling the myths surrounding being gay in banking and highlighting the opportunities available to those who want them – irrelevant of different diversity strands and backgrounds.

Gallery from the event:

Pictures copyright of Stafford Long and Partners, and reproduced here with permission. 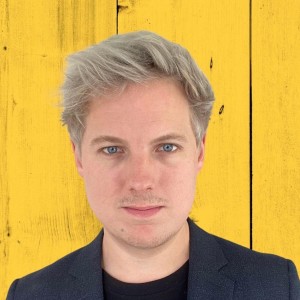